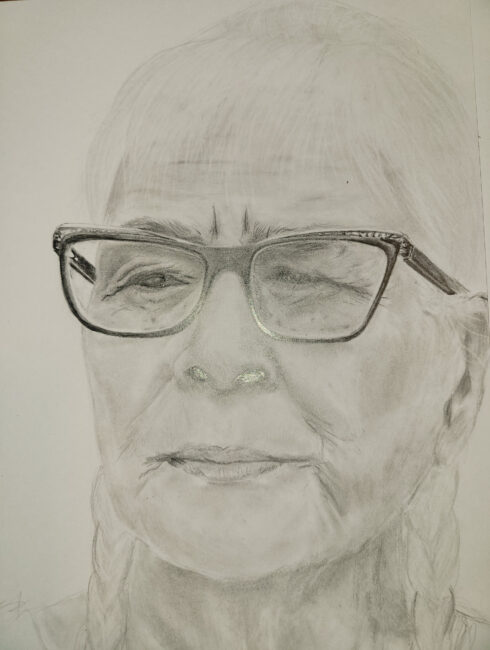 We are incredibly humbled and excited to share our first release from the new album “and then…“. Chi-Miigwech to CBC Superior-Morning for debuting our song the morning on August 11.

First, when I announced that I was coming out with a 5th album, many people asked if I was coming out of retirement. The answer is no… I don’t plan on playing music as my main career. I love my day job working in education, my gardening life, and raising my son who is now 5 and 3/4 according to him, but I still love writing music and singing. To me, a music career is like a child that needs lots of love, attention and 24/7 work. Sadly, I can not commit that amount of time as an independent artist.

I made a post a couple of days ago to give you a background on the conception of the album, and promised to give a post on each song as we slow release the songs and artwork.

So… here is how “Warrior’s Lullaby” was born.

Canadians are just starting to learn about the history of Residential Schools, and I’m sure we all have the same experience hearing not indigenous peoples grew up completely unaware that these schools even existed. …and then…. as many of you already know, 215 children were found buried at the former Kamloops Indian Residential School site. (Click HERE for more information on the Kamloops Residential School story.) This number quickly and tragically grew and is still growing higher into the 1000’s. Even more sad, it is not surprising to most of us as Indigenous people… we have always known. My previous release “Bones” and the song “Bones” is somewhat about this, but there was no news about it.

Personally, I was extremely affected by this. I cried, I couldn’t concentrate, my own memory of my experience as 60’s Scoop survivor was brought to the surface. I was deeply saddened for these children, their families, and the children who survived that still walk this Earth. Rightly so, anger, rage, sadness, hurt, pain, trauma and so much more quickly surged the news and social media. That’s when this song came to me. I wanted to take a minute to focus on those children who died, and the children who are now adults and Elders, and honour them. No anger, no hate, but just a recognition. I needed music to refocus myself, I needed to find a way to work through this for me (sorry if that sounds selfish) and needed to ensure in my own mind that the focus was on the children and not politics.

As a mother, I sing to my son. He loves a soft lullaby. I wanted to write a lullaby for these children… I don’t know if they had songs sung to them or not, but the song just poured out of me. A gentle song just for those children, without judgement, without hate, but just to try to give back in a way I knew how. So many people across Turtle Island are doing things to bring attention in a non-confrontational way… Rhonda Head wrote this amazing song “500 Years” and Digging Roots came out with the song “The Healer” and many people are walking to peacefully demonstrate their commitment to ensuring this is not forgotten and we continue to reach for true reconciliation, honouring the beautiful lives of all the children who attended residential schools and died. This will take time and patience.

Back to “Warrior’s Lullaby” … I grabbed my phone and did a quick recording of the song and sent it to my colleague and ally (and closet musician/songwriter), Tom Rivers, who has committed much of what he does through life and work to bringing more attention to the historical atrocities in Canada and is a front runner for Truth and Reconciliation. He too started writing his song, which I hope he shares one day with everyone. His reaction made me think I should move forward with the song.

I did share it with some trusted Elders too to ensure I was not overstepping or being inappropriate in any way. This is a very sensitive topic and needs to be handled with care and extreme sensitivity. They were very supportive of the song and in some cases told this song needed to be released as soon as possible. So, I brought it to the studio. I wasn’t sure how my bandmates would react as not indigenous people, but was pleased when they not only agreed to record the song, but also were moved by the message. This song was written primarily to honour the children who attended these schools, but also to invoke a feeling of understanding in a gentle way for not Indigenous people.

Jordan wanted to share his thoughts on the song as a co-producer, engineer and guitar player on the song, “Warrior’s Lullaby is a beautifully simple song. Written using only two chords throughout, the objective was to create a lush soundscape of droning instruments that allows for a story to be illustrated clearly, capturing the right emotion all the while.”

The artwork is a special story too. As I’m doing a slow release on the music, I thought I would do a slow release on the artwork too. Sonya Belisle is one of the artists that are working on the album artwork as the songs are released. She has this first song. I told the artists that I didn’t want to know what they were doing, and I did’t want to add my input; I wanted them to truly have their own thoughts and interpretations of the songs through their art. I sorta expected Sonya to do a portrait, but thought it would be a child. When she sent me the pictures of the progress, I was pleasantly surprised to see it was a picture of an Elder, and someone I knew well and love dearly… my friend Marilyn Netemegesic. It will be interesting for me (and hopefully all of you!) to see how this album artwork progresses through the songs.

Well, I thank you all for reading this little post, and I so much appreciate you watching, listening and sharing… 🙂 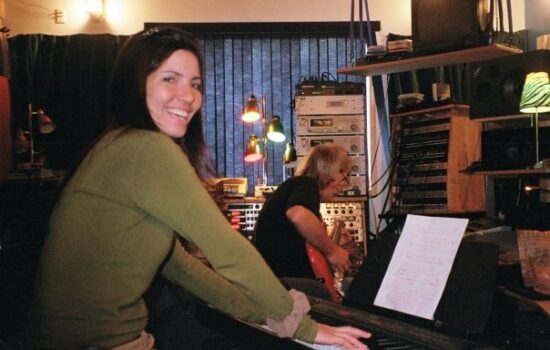 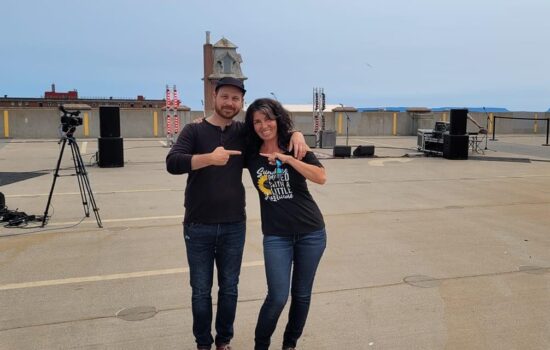 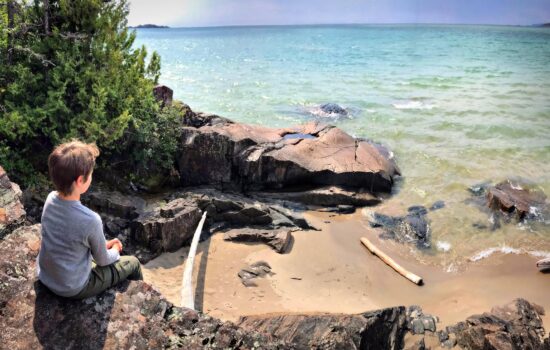 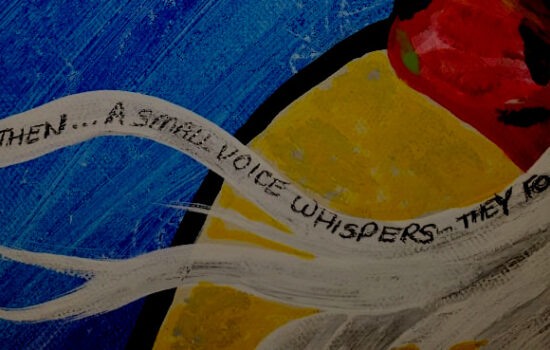 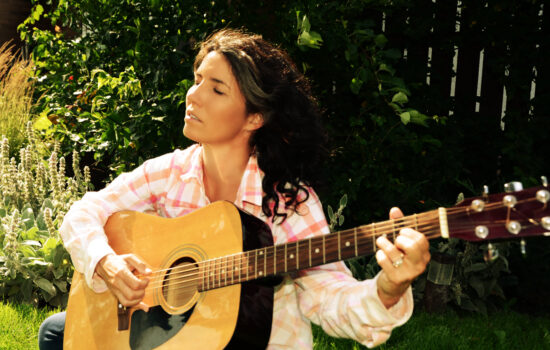